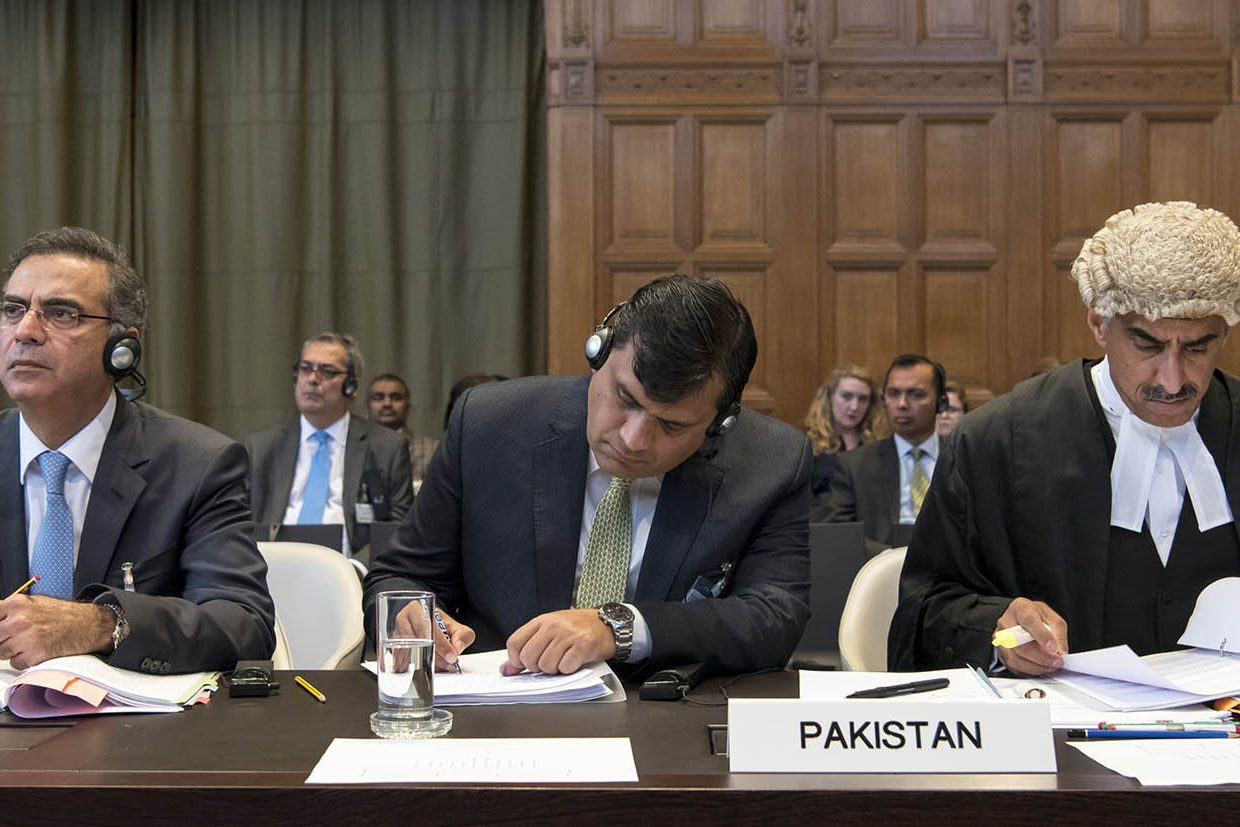 The International Court of Justice’s order in the Kulbhushan Jadhav case resulted in a media frenzy on both sides of the border. In Pakistan, the order caused despondency and despair amongst politicians and the public alike. The Indian media, in classic fashion, claimed India’s total victory, and that Jadhav’s release was just around the corner.

Yet, a dispassionate and legally sound analysis would reveal a reality that is far less sensational. What this case has exposed is the utter lack of capacity in international law on both sides of the border, resulting in the inability of the many stakeholders to grasp even the basic tenets of this case and its wider implications.

The ICJ has granted temporary reprieve to Jadhav. This means that it has stayed his execution by Pakistani authorities until the case has been decided by the court. While this development is significant from a political and diplomatic point of view, from a legal perspective it does not hold much value — indeed one may argue that it was expected. In the three previous cases on consular access before the ICJ, the court in every case issued almost identical orders staying the executions. Therefore, this development should not be viewed for more than it actually is and will not have any impact on the subsequent phases of this case.

However, the real battle begins now. The next phase will now require the ICJ to see whether it has jurisdiction to hear the merits of this case. It is at this point where Pakistan will insist on a bilateral resolution of this dispute based on the 2008 Consular Agreement between India and Pakistan. Pakistan will also argue that the Vienna Convention on Consular Relations (VCCR) — which is at the heart of the dispute — does not apply in the case of foreign spies or terrorists.

If Pakistan’s arguments are not accepted by the court, we will then move to the merits stage where the court will examine the actual claims that India has made against Pakistan. This is where the court will determine whether consular access should have been given to Jadhav or not, whether the decision of the military court in this case can be annulled by the ICJ, whether Pakistan can be asked to review the decision or whether Pakistan can be ordered to release Jadhav.

The foregoing demonstrates that Pakistan is now entering the most critical phase of the proceedings. The legal position that we adopt in these stages will determine our political and diplomatic position on the broader issue of Indian intervention in Pakistan. The Indian side was wrong footed by the capture of Jadhav last year and appeared to be almost in a state of paralysis on the issue. Yet, it appears now that the Indian government was biding its time and evaluating the bold option of approaching the ICJ. This aggressive move by India seems to have caught Pakistan off-guard, which is unfortunate because we should have anticipated it and war-gamed accordingly.

The Indians must know that the relief that they have sought in this case (annulment of decision/release of Jadhav) is wishful thinking. The ICJ lacks the legal authority to make such orders. But that is not the point. India’s entire strategy is to delegitimise the nature of the Pakistani judicial process in Jadhav’s case so that Pakistan’s wider claim of Indian intervention on its territory loses international credibility.

It is, therefore, imperative that Pakistan counters this tactic through a proactive legal strategy. Pakistan’s legal arguments in the first phase were more focused on rebutting India’s claims than presenting its own stance. The wider dimension of Pakistan’s foreign policy and internal security dynamics could have been explored in this case. Yet India’s ambush and the sheer lack of time did not permit better preparation. The Pakistani government must realise that it has attained a very high moral ground with the arrest of Jadhav. The gains made on the ground must not now be lost in the ICJ.

The Pakistani government has for many years been advancing the argument of unlawful Indian intervention on its territory. It has spent the last year making hectic diplomatic efforts to showcase Jadhav’s case to the international community. However, its efforts have born little fruit on the diplomatic front. Jadhav’s case at the ICJ is a unique opportunity for Pakistan to demonstrate this position before the highest judicial organ of the UN. Pakistan’s consistent claim of Indian intervention on its territory will receive tremendous international credibility if acknowledged by the ICJ in its future judgment in this case. It will also have the potential to deprive India of its traditional stance of being a victim of Pakistani-sponsored terrorism.

To achieve these ends, Pakistan must evolve a four-pronged legal strategy in this case. First, we must forcefully explain, through precedent and cogent legal reasoning, the compulsions of national security which make this a unique case not attracting the provisions of the VCCR. Second, it is imperative that we exhaustively explain to the ICJ our domestic law and procedure under which Jadhav was tried, thereby, demonstrating that Jadhav’s trial was not ad-hoc or arbitrary. Third, a clear legal classification of Jadhav is vital right from the outset. Different legal courses will follow based on whether we classify him as a spy, combatant, enemy alien or terrorist. Finally, we must compellingly argue that the 2008 Consular Agreement takes precedence over the VCCR and showcase the significant state practice of India and Pakistan under this Agreement.

The use of the law for furthering foreign policy objectives is something Pakistan has traditionally not been very good at. The clash between India and Pakistan over the Jadhav Case at the ICJ presents a unique opportunity of course correction on this front. In the coming years, Pakistan will increasingly find that international law offers a front where we must deploy our strongest assets.

Understanding the Jadhav Case at the International Court of Justice (India v. Pakistan)

RSIL is proud of it alumni for contributing to ongoing policy debates, in national newspapers and online forums. Several alumni have provided critical insight into the on-going proceedings before the International Court of Justice. These contributions can be found at the links below:

The views and opinions expressed in the following article are those of the authors and do not necessarily reflect the official policy or position of Research Society of International Law.

By Taimur Malik and Bilal Ramzan

Taimur Malik is the former Executive Director of RSIL and is currently a Partner at the Oman Office of Curtis, Mallet-Prevost, Colt & Mosle LLP. He is also the founder of www.courtingthelaw.com.

Bilal Ramzan is the Former Research Associate, RSIL and is a member of the Editorial Team of Courting The Law.

Sikander Shah is the Former Senior Research Associate at RSIL, Legal Adviser at Ministry of Foreign Affairs, law faculty at LUMS and is currently pursuing his PhD

Yadav and the ICJ