Legality of the Use of Autonomous Weapon Systems 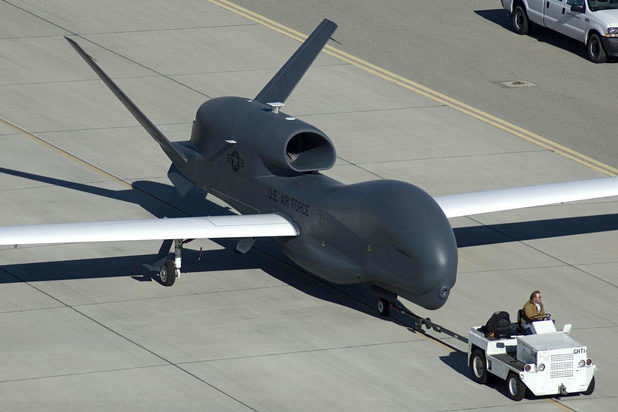 Though commentators take into consideration different criteria for defining AWS, thereby contributing to the absence of a universally accepted definition, the International Committee of the Red Cross (ICRC) defines it as a “system with autonomy in its critical functions”[4] i.e. “such a system would be able to detect, track, select and attack (e.g. fire at) a target without direct, in the sense of spatially, temporally or causally proximate, human intervention.”[5]

There are multiple issues that need to be addressed and have been the point of much deliberation when it comes to AWS. First and foremost is the issue of their legality. Another issue that has been extensively discussed is whether it is ethical to handover critical decisions such as selecting and engaging targets to weapons, while taking humans-out-of-the-loop.[6] The final crucial problem is the determination of accountability for the unlawful use of a weapon which does not involve a human operator. This article touches upon the former matter while the latter two are reserved for an upcoming publication.

Furthermore, the legality of AWS may be ascertained from the perspective of both International Humanitarian Law (IHL or the law of war) and International Human Rights Law (IHRL).[7] Though these are two distinct branches of law, admittedly there exists some overlap between them. IHL primarily addresses issues related to the conduct of hostilities, while imposing obligations in such a way that measures must be taken in peacetime for proper compliance during an armed conflict. IHRL on the other hand, recognizes certain fundamentals that are guaranteed as non-derogable uniformly during both peacetime and situations of protracted armed violence as well as armed hostilities between two or more States. This article is limited to highlighting certain key aspects of the debate under IHL.

For addressing the scope of legality of AWS under IHL, it is first critical to assess whether these weapon systems are lawful under this legal regime. IHL classifies weapons as lawful and unlawful. Weapons are unlawful in their very nature, when they are incapable of adhering to the principles of IHL, for instance unable to distinguish between protected persons and legitimate military targets[8] or can only be employed in an indiscriminate manner[9] or are violative of any other rule of international law which a State is bound by.[10] Examples include all specifically prohibited weapons under IHL, such as biological weapons[11] and anti-personnel landmines.[12] Then, there are weapons which may be lawful as their nature allows them to comply with IHL obligations, however, these lawful weapons may be used in an unlawful way. Therefore, it is not the weapon itself which is prohibited under IHL rather its use in that particular way which violates the law.

Determination of whether a weapon falls into the category of being lawful or unlawful, is an obligation on States to be undertaken during the “study, development, acquisition or adoption of a new weapon, mean and method of warfare.”[13] This obligation arises from both customary and treaty law.[14] IHL imposes certain constraints[15] on States while developing or acquiring new means and methods of warfare. Among other things, it prohibits those means which cause unnecessary suffering or superfluous injury.[16] It is also prohibited to use weapons that would severely damage the natural environment,[17] or those which violate the fundamental principles of IHL, such as distinction,[18] proportionality,[19] military necessity[20] etc.

Proponents of AWS highlight the advantages of such weapons. For instance, their capability to enhance precision in attacks thereby minimizing collateral damage,[21] or the fact that they would remain objective in tense situations as opposed to human counterparts.[22]

However, there are multiple disadvantages to the development and adoption of AWS. First of all, precision in attacks is dependent on the weapon systems’ capability to not just distinguish between objects and humans but also between civilians and combatants and civilian objects and military objectives, a distinction that is not absolutely definitive and thus cannot be programmed into a system which is inherently incapable of ‘deciding’ for itself.[23] Decisions of distinction, proportionality, precautions in attacks and military necessity especially in case of dual-use or dual-nature objects[24] are beyond a machine’s ability and shall always require human input in order to comply with IHL.[25] Therefore, though the development of AWS may not be unlawful per se, they are capable of being used unlawfully, more so, if humans are taken “out-of-the-loop.”

Secondly, their development will trigger an arms race, if they have not already. Finally, they will lead to an increase in asymmetric warfare, i.e. where one party to the armed conflict is in possession of advanced military technology while the other not capable of affording or developing such advancements then relies on other unacceptable means or methods to gain advantage over the militarily-strong adversary. These unacceptable methods include blending into the civilian population in violation of the obligation upon combatants to distinguish themselves from civilians, and taking of hostages or using civilians as human shields.[26] Although, the technologically-advanced party is not legally bound to not pursue such technology which escalates asymmetric warfare,[27] it can still be a persuasive factor in understanding that AWS would contribute to greater destruction and increased warfare.[28]