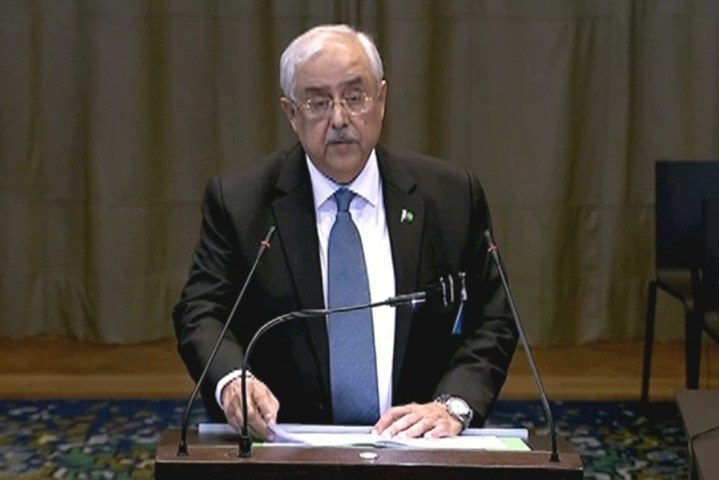 DAY 1 OF THE ORAL HEARINGS IN THE JADHAV CASE

When Jadhav was caught by Pakistan, they issued a demarche to the Indian High Commission entailing the circumstances of surrounding his arrest. In response, India sought Consular Access for the first time. India’s counsel was also critical of the fact that Pakistan used Jadhav’s arrest for propaganda and in pursuance of this, they circulated a document to the P5 which discussed in detail the conduct of Jadhav as relates to India.

In discussing the video confession of Jadhav, he stated that the same was extracted before the FIR was lodged. He stated that, in totality, India sent 13 reminders to Pakistan to grant consular access.

Referring to Pakistan’s note verbale, which asked India to provide information on Jadhav’s handlers, evidence relating to Jadhav himself (bank accounts, call records etc.), he stated that the same was made contingent to the provision of consular access. He added that, Pakistan did not provide a shred of an evidence to India which would warrant such an investigation to be initiated. Further, Pakistan was asked to provide the charge sheet, judgements etc. which to this day have not been provided. The Indian Counsel also placed reliance on a lack of a Mutual Legal Assistance framework between the two countries.

Interpretation of Art. 36 of the VCCR

The Indian counsel was strongly of the opinion that the wording of the provision is unambiguous and admits to no exceptions. He utilized Art. 31 of the Vienna Convention on the Law of Treaties (VCLT) to support his claim. Within this argument, he cited the La Grande and Avena Case to state that the Court iterated that the provision be applied as it stands (supporting a textual interpretation). Pakistan, in its counter-memorial, relied upon the restrictive interpretation of the provision which he thinks should not apply to any instrument which possesses provisions of Human Rights within it.

Having discussed the aforementioned, he stated that an outright denial to Jadhav is an egregious violation of international law. He was also critical of Pakistan’s use of Customary International Law in relation to consular access when the case before the Court is concerned with a treaty provision. Pakistan, in its counter-memorial, relied on the travaux and stated that in instances of espionage consular access need not be provided. However, India said that even though such arguments were considered by the International Law Commission, they were not adopted in the final version of the text.

He stated that Pakistan never referred to the 2008 Agreement as being of such a nature so as to regulate consular access (before this case). Moreover, the 2008 agreement cannot circumvent the obligations under the VCCR. For this,  he relied upon Art. 41 of the VCLT. In his understanding the agreement was intended to be applied upon fishermen who cross into Pakistan’s territory and vice versa etc.

Protection of human rights as it relates to aliens is a part of the progressive development of international law. He uses the UN Charter, UDHR and ICCPR and states that all such protections  be afforded to Jadhav. In addition, he stated ‘Greater the charge greater the safeguards.’ More so, he added that rights to due process are obligations erga omnes and in the present case the  right to a fair trial has been violated.

In regards to the VCCR not being a treaty that protects human rights, he stated that the same is of no consequence as a treaty can protect human rights regardless of what the subject matter of the treaty may be. In essence, he tried to illustrate that consular access is a corollary to the right of a due process as enshrined in various Human Rights instruments.

In cases of death penalty States must exercise rigorous safeguards given that the sentence of death is irreparable. Thereafter, he relied extensively on the jurisprudence emanating from the Inter-American Commission on Human Rights and stated that the denial of consular access is in violation of the due process of law. A plethora of caselaw was cited to this effect. Moreover, where States have ratified the ICCPR and the VCCR, the rights thereunder become interwoven and a VCCR violation automatically infringes the right to a fair trial.

In regards to Pakistan’s argument of cooperation in investigation, he stated that Pakistan has provided no adequate evidence which would warrant the initiation of an investigation in India. All that has been provided is a confession which was recorded before the registration of the FIR. In addition, he stated that Pakistan has relied on the principles of ex turpi causa which would bar the court from granting a relief to India. He cited Robert Kolb to show that the Court needn’t and does not concern itself with such procedural hurdles and is competent to pass a decision.

Pakistan also stated, in its counter-memorial, that a prior illegal act nullifies anything that follows. India says that even in such a case, an illegal act can’t be reciprocated with another. He went on to add that India has always provided consular access even in terrorism cases.

Criticism of the Military Courts

Such a criticism became necessary as it directly related to the issue of restitution (See below). The military courts were criticized in, inter alia, the following ways:

Restitution as per La Grande and Avena cannot be applied in this case for the matter would then go back to the highly contentious military courts which would, in effect, render restitution ineffective in this case.

He relied on the Draft Articles on the Responsibility of States for Internationally Wrongful Acts (ARSIWA) to state that cessation must occur. He noted that cessation and restitution may be coalesced, as also stated by its commentary, in circumstances such as these.  Art. 35 of ARSIWA’s commentary cites that it can include detained individuals as well. Further, he added that the object of such restitution must be to erase all the wrongful acts that have occurred. In Avena the ICJ said that local system (such as that of the United States) was adequate to comply with due process even if Art. 36 of the VCCR was violated. However, owing to the defective Pakistani Legal System the precedent cannot be applied in the present case. He further added that Jadhav’s family wanted to appeal but they had no documents relating to his trial to do so. Finally, he added that in following such a line of argument, the Court is not going to the merits of the judgement of the FGCM and is therefore competent to make an order of restitution.