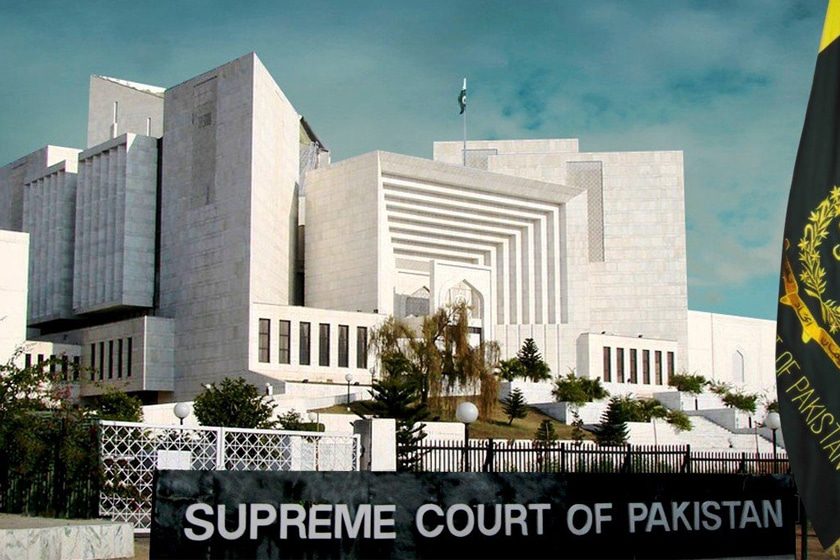 The latest judgment of the Supreme Court of Pakistan in case of Ghulam Hussain vs. the State[1] is an attempt to interpret the codified definition of ‘terrorism’ in Pakistan’s anti-terrorism law. Before entering into the legalese of the judgement itself, it is imperative to ask this question: Why should the Supreme Court of Pakistan venture to interpret the definition of ‘terrorism’? There are two chief reasons that led the Supreme Court to look into the definitional aspects of terrorism. The first reason is that the criminal justice system in vogue empowers the police to control the entry of a victim into the system by allowing him to register or to deny registration of a criminal case. The denial or entry into the criminal justice system is permitted by the police on their own terms, and to dictate these terms, the application of the relevant law on information received by the police becomes pivotal. In the arena of anti-terrorism law, applying the anti-terrorism law on a formal criminal case (through the First Information Report[2] (FIR)) by the police becomes the nodal point, on which all subsequent criminal proceedings depend. In a predatory criminal justice system with the propensity to accord evidentiary value to the FIR by the judiciary, the application of terrorism law on a criminal case results in excessive litigation with regards to the application of terrorism law by the police on information received by the complainant. The application of terrorism law on a formal criminal case not only makes it graver but also affects the applicable procedure that allows remand of an accused up to thirty days,[3] as against fourteen days under the ordinary process. Its application also enables the constitution of a joint investigation team[4] and trial in an anti-terrorism court. The controlling effect of the application of terrorism charges by the police in a criminal case has become a bane in itself, and perhaps the Supreme Court wished to prevent this trend by providing a more concrete definition of terrorism. The second reason that must be noted is that during a trial, a terrorism court looks at the evidence of an act and its effect on the society at large instead of looking at the evidence of an act and the motive or design behind it; hence, this gives rise to two approaches that may be categorized as the ‘Effect-Based-Approach’ (EBA) and the ‘Object-Based-Approach’ (OBA). As both the approaches were backed by case law, the Supreme Court noted that it remained ‘divided’[5] on the issue, and it was imperative to ‘examine and scrutinize’ all the precedent cases. In doing so, the Supreme Court has offered its reasons, which will be stated in second section of this write-up. Insofar as the instant case is concerned, the facts as noted in the judgement[6], link the matter to post-conviction or appellate proceedings.

After contextualizing the issue of the definition of terrorism, it is now apposite to look at the reasoning offered by the judgement. The judgement has been authored by the Chief Justice Mr. Asif Saeed Khosa who headed a larger bench of seven judges to articulate the determinative test for distinguishing terrorism cases from ordinary cases. He had the advantage of authoring a judgement on the subject in 2004[7], excerpts from which he reproduced in the latest judgement. The crux of his judgement, to which his fellow judges agreed, was that the definition of terrorism was to be punctuated by the object and nexus as required by the statutory language and earlier case law. On behalf of the Bench, he challenged the contrary view that the definition of terrorism was not controlled by object and nexus and mere terrorist acts were sufficient to constitute the offence of terrorism. The reasoning employed by him can be summed up in the following words:

Secondly, due to the existence of divergent case-law, there was a ‘controversy’[12] in the Supreme Court about the definition of the term ‘terrorism’. In true judicial tradition, the judgement has documented the excerpts from both sets[13] of judgements i.e. (a) object controlled definition and (b) effect/acts controlled definition. He has distinguished the two sets of judgements chiefly on the ground that facts of category (b) cases related to ‘personal purposes’[14].

Thirdly, the judgement squared itself with the principles of criminal law that require mens rea (guilty mind) and actus reus (guilty act) to constitute an offence. The reasoning is very persuasive and makes perfect sense.

Fourthly, it was observed that the formulation of ‘terrorism’ through an amendment in 1999 in the anti-terrorism law was akin to the international trends of legislation in countries like the United States[15], the UK[16], the Northern Ireland[17], India[18] and Australia.

Fifthly, the judgement recorded that with the exception of the Attorney General for Pakistan, all chief law officers of the provinces and territories agreed with the object-controlled definition of terrorism. The Attorney General, the judgement noted, argued that the effect of Section 6(3) of the Terrorism Act, 1997 must be examined by the Court. Section 6(3) unequivocally states that the use or threat of use of any weapon, explosive or firearms will ‘satisfy’ the constitution of ‘terrorism’. The judgement opined to ‘…read down the statute to save the main Act and its purposes…’.[19] The reading down of the statute has been balanced by the judgement when it implored upon the legislature ‘to have a look at the said provisions’.[20]

Finally, the effect of the offences stated in the Third Schedule of the Anti-Terrorism Act, 1997 have also been discussed. The judgement clearly states that these offences (like kidnapping for ransom[21] or acid/corrosive substance throwing cases) were not ‘per se’ offences of terrorism and the courts should punish them as offences of the Third Schedule.

The judgement has been authored by the Chief Justice Asif Saeed Khosa who has established a reputation in interpreting criminal law in Pakistan. The fact that no judge added his reasons to the judgement shows the trust of his fellow judges in him. The principal decision of choosing between the two approaches i.e. Object-Based-Approach (OBA) and Effect-Based-Approach (EBA) has been made by the judgement; by doing so, the court has also aligned jurisprudence on the subject with international perspectives that link terrorist acts with object or design[22]. The immediate impact of the judgement is delinking terrorism law from cases of ‘personal enmity and private vendetta’. The Court noted:

“It is further clarified that the actions specified or mentioned in subsection (2) of section 6 of that Act do not qualify to be labeled or characterized as terrorism if such actions are taken in furtherance of personal enmity or private vendetta”[23].

The consequential legal superstructure (based on further case-law or legislation) may flow from this principal decision in the coming years on the following points:

How should the police be regulated in their powers to apply terrorism charges in ordinary criminal matters? Should the wrong application of law be penalized?

How should criminal processes be cleansed from mingling/mixing information with evidence at the time of registration of a criminal case?

What should admissible evidence be for OBA? How can one prove the relationship of an act with an object in terms of evidence?

By embracing OBA, has the judgement not required judges to follow a more onerous approach? Are there any guidelines that can be provided to trial judges to ensure legal certainty and consistency?

By and by, the Ghulam Hussain Case has tried to underline the fact that a constructive interpretation of law can direct and shape the legal processes that influence adjudicatory processes affecting the public at large; simultaneously, it has demonstrated that the executive and legislature must follow the direction set by the judicature to ensure that the rule of law prevails in the country.

[6] Para 2 of the judgement noted that Ghulam Hussain was convicted for killing two minors by an anti-terrorism court, and after an unsuccessful appeal at the High Court, he was allowed a leave to appeal to ‘reappraise’ the evidence.

[15] Section 802 of the Uniting and Strengthening America Act by Providing Tools Required to Intercept and Obstruct Terrorism (USA PATRIOT) Act, 2001.