Iran, the US and Economic Warfare 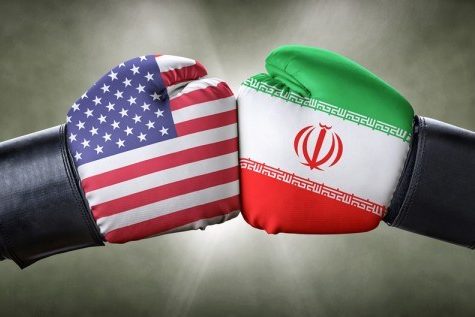 Iranian-US relations have been turbulent recently to say the least, and while we are yet to see whether there will be military consequences to these frayed ties, the economic effects on Iran are already being felt in the form of crippling sanctions. In July 2019, President Trump tweeted that Iran had “made a very big mistake” in shooting down a US military surveillance drone that had entered Iranian airspace on 20th June 2019. Following the collapse of the historic JCPOA nuclear deal signed in 2015, which he claimed was “a horrible one-sided deal that should have never been made”, the administration imposed sanctions of varying degrees on Iran trying to limit its economic capability. On September 18, 2019, Trump ordered a further increase in sanctions on Iran, in response to drone attacks on Saudi oil fields calling them the toughest sanctions “ever”.

This article will argue that America’s use of unilateral sanctions have been used to weaken Iran due to a historical rivalry over control of its natural resources, and are not in accordance with international law which does allow for countermeasures in response to a ‘wrong’ but not in a way that is punitive.

The History of Relations Between the Two Countries

US-Iran relations have always been volatile, and, unsurprisingly, much of this is due to oil. In 1908, British geologist George Bernard Reynolds discovered the resource in the country and the Anglo-Iranian Oil Company was established the following year. Five years later, the British government purchased 51% of the company, colonising Iran’s greatest asset. The National Labour Front, led by Mohammed Mossadegh, started a campaign to nationalise Iran’s oil sector in 1951, which would have been successful had the US not decided to intervene due to its own interests. President Eisenhower commissioned the CIA in 1953 to instigate a coup to overthrow and exile Mossadegh and restore the Shah as the de facto leader of Iran – a leader they found easier to manipulate.

Eisenhower and the Shah were friends initially; ironically, Eisenhower gifted Iran some of its nuclear energy capabilities under the “Atoms for Peace” program in 1953. America also possessed an important cultural significance for the Shah and many believed his own ideology was a hyper-Westernised image of Iran curated by the US. Members of the Iranian religious clergy, the ulema – led by Khomeini – called out the Shah for being an American puppet. This dissent spread and Iranians overthrew the Shah, replacing him with Khomeini in 1979.

A new Islamic Republic of Iran was born, supposedly free from American ideological influence. However, a year later, the Iran-Iraq War had started, and Iran asked the US for military assistance. Both Iran and the US had a common enemy: Iraqi leader Saddam Hussain, and so became reluctant allies. President Reagan agreed to send 1,500 missiles as a goodwill gesture to improve US-Iran relations. Soon after the ceasefire was signed in 1988, that alliance broke down when the USS Vincennes ship mistakenly shot down Iranian Air flight 655, killing all 300 civilians on board. President Bush later refused to apologise. A few months later, the US destroyed two Iranian oil platforms and damaged six naval vessels in Operation Praying Mantis – Iran filed a case against the US to the International Court of Justice which was decided in its favour.

In the 1990s, the US reduced its military involvement in Iran and resorted to the use of sanctions as an alternative to active military combat. Military confrontations were costing a lot of money and were not a cost-effective method of weakening Iran; sanctions, on the other hand, would inhibit Iran’s economy without draining the US’ much – or at all, for that matter. In 1996, President Clinton imposed a total arms embargo on Iran, as well as a ban on foreign investment in Iran’s energy sector. Ever since then, the US has resorted to unilateral sanctions to weaken Iran. The sanctions imposed by Obama in 2012 caused the Iranian GDP growth rate to fall from 4% in 2011 to -7% in 2012 – a devastating drop. In a bid for relief from sanctions, Iran succumbed to negotiations with the US for what was to become the historic JCPOA deal.

Significantly, Iran has constantly denied that it has been developing nuclear weapons, and has welcomed regular inspections by the IAEA – in an inspection in November 2004, it was stated that Iranian efforts “have come to a halt”. US anxiety contradicts clear evidence that Iran was not – and did not intend to – develop nuclear weapons. Nevertheless, Trump decided to withdraw from the JCPOA and imposed sanctions on Iran’s oil sector as well as any country that associated with Iran economically. Basically, if any country wished to help Iran, the US would cut them off from their clique of trade and/or strategic partners and make them an enemy.

‘Unilateral sanctions’, in international law, come under Article 49(1) of the Articles on Responsibility of State for Internationally Wrongful Acts (2001) as ‘countermeasures’. If a country has committed a wrong against another country that does not take military form, the wronged country is allowed to adopt a ‘countermeasure’ to force the state that has committed a wrong to follow their obligations under international law. They are not supposed to punish that country.

This is problematic because it also allows a state to define for itself whether it has been ‘wronged’ or not. The US has employed the counter-terrorism narrative to this effect and used economic sanctions to limit Iran’s ability to sponsor terrorist activities. The sanctions have had a much more detrimental impact on Iran’s economy rather than just preventing them from facilitating terrorist activities; it does not take an expert in economics to determine that normal Iranians collectively suffer because of the sanctions. The US has exceeded the limits imposed under ARSIWA as the countermeasures imposed in the form of crippling sanctions are clearly punitive and are also not in response to an international law ‘wrong’ which is not entirely subjective.

In July 2017, the Senate expressed overwhelming bipartisan support for the Countering America’s Adversaries Through Sanctions Act. The provisions pertaining specifically to Iran included initiatives to punish Tehran for ballistic missile testing and the involvement of Iran’s Revolutionary Guard Corps. The infamous ‘Muslim travel ban’ was also passed in January 2017 and limited the number of refugees entry to 50,000 and resulted in over 700 travellers detained and 60,000 visas “provisionally revoked” including those of Iranian travellers.

The US has manipulated a counter-terrorism narrative against countries in the Middle East, specifically against those who are not aligned with them and the legislation allows the US to label Iran as an adversary in breach of their obligations under international law, and can employ economically debilitating sanctions on Iran as a ‘countermeasure’ or a defence strategy.

The US’s strategy of unilateral economic sanctions has been successful in maintaining their military, economic and strategic supremacy over Iran. Iran’s economy has suffered greatly due to these debilitating sanctions. For example, Trump has banned Iran from accessing SWIFT, the global banking system used for international transactions. This sanction extends to any parties doing business with the 700 companies and individuals included in the ban list, and also includes heavy fines on Iran’s oil and energy sector. Not only does this ban have an impact on international business, but also affects Iran’s tourism sector, as tourists cannot use their VISA or Mastercard debit and credit cards to conduct transactions. The Iranian rial reached a record low in September 2018: one US dollar was equivalent to 190,000 Iranian rials. With the inflation rate exceeding 35% in 2019, there was a shortage of imported goods and a gross increase in the price of locally-produced goods. Iranian oil production has also decreased from roughly 3.8 million barrels per day in March 2018 – before the sanctions were reinstated – to 2.8 million barrels per day in March 2019.

Despite severe sanctions, Iran refuses to concede its nuclear energy production plans. On 3rd July 2019, Iranian President Rouhani claimed that Iran would no longer abide by the 3.67% rate of uranium enrichment under the JCPOA; two days earlier, Iran had exceeded the 300kg stockpile limit of uranium as per the JCPOA. Iran’s stance has shifted from acceptance of US demands, particularly under Obama, to a refusal to stand down to the bully that is Trump. Multiple US presidents have employed military and economic tactics to try and weaken Iran, building on the narrative of the ‘war on terror’, in an effort to protect their own interests in Iran’s oil industry and Middle Eastern politics. Claiming that this was a response to Iran’s support for terrorism, the Trump administration has failed to provide significant evidence for terrorist activities beyond the manipulation of a pre-existing narrative created by the Bush administration of the ‘war on terror’, capitalising on popular disfavour against Iran.

In military terms, Iran has also refused to accept growing US interference in the region shown by its shooting down of a US drone, claiming their right to self-defence under Article 51 of the UN Charter. The US claimed that the drone had not entered Iranian territory. The next day, Trump tweeted that although there was a plan to send troops to Iran as a response to the drone shooting, the response would not be “proportionate” to the attack as it would result in 150 civilian casualties, thus calling off the attack. The tweet’s wording conveniently paints Trump as a hero in avoiding conflict and Iranian civilian casualties while not mentioning the fact that the US drone had entered into Iranian airspace infringing Iranian sovereignty.

Efforts to reduce Iran’s economic and military capabilities have been largely unsuccessful as Iran has refused to concede to coercion from the Trump administration. Despite the Iranian economy struggling due to the sanctions, it is slowly reconstructing itself – as of the 15th of July 2019, 1 US dollar is equivalent to 33,333 Iranian rials, a significant marker of economic improvement. President Rouhani has refused to take a definitive stance on whether Iran is or is not developing nuclear weapons, unlike past Iranian leaders who have constantly claimed that Iran is not developing nuclear weapons, and has, in a move that exudes frustration with the US’s bullying, refused to abide by the terms of the JCPOA.

Although it will take significant time and resources to develop facilities capable of nuclear-grade uranium enrichment, Rouhani’s strategy marks a clear refusal to bow down to the US – a move that must be respected given the sheer power imbalance between the two countries. The ARSIWA-provided countermeasures facilitate a powerful state to coerce a much less powerful state into giving into their demands, however, it does include the important caveat that it not be used punitively and that there be a ‘wrong’ which is to be righted.

It can be concluded that US sanctions have been ineffective in curbing the apparent Iranian nuclear threat. Their continuous employment of various coercive methods to weaken Iran further have left Iran no other option but to adopt a fighting stance back to avoid buckling under its own economic burdens. Unconsciously, the US is encouraging states to use force to fight back; it can thus be concluded that their foreign policy of creating a threat through narrative manipulation and consequent militarisation is counterproductive.

Raas Nabeel is a 4th year BA-LLB student at LUMS. He tweets at @raasnabeel