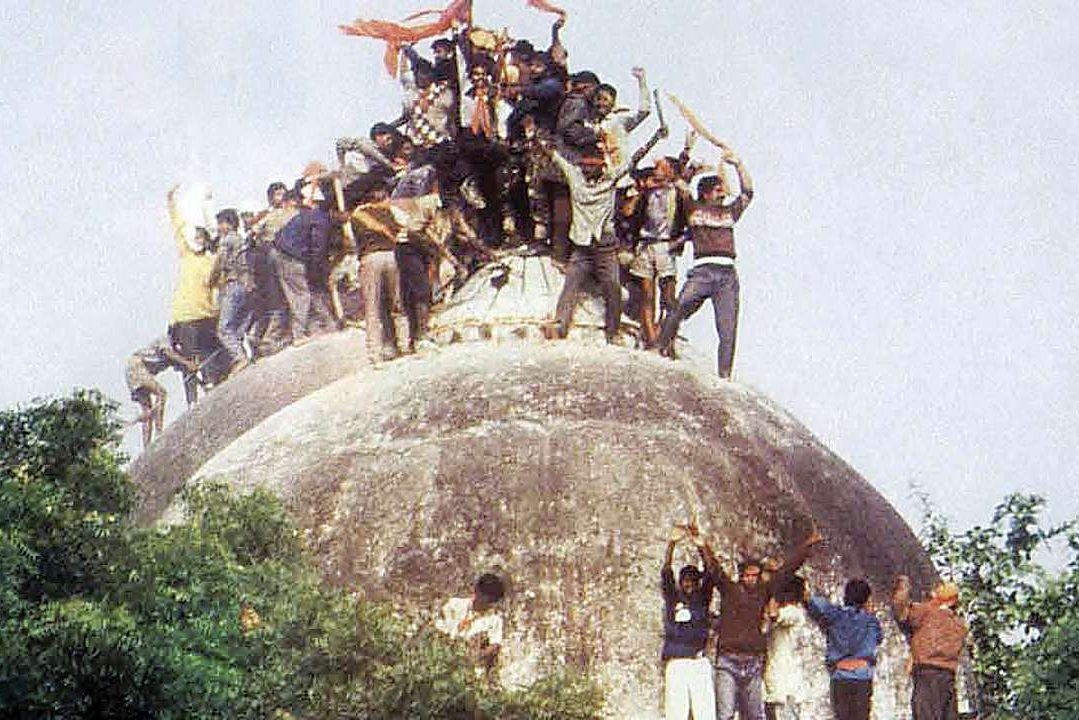 The direction of global events is leaning more towards power and interest based decision-making than towards a rule-based system that was installed in the Post World War II era. This direction is made evident through many manifestations. In the context of the Pakistan-India relationship, after India’s executive toyed with the legal order of the Kashmir dispute by issuing ultra-vires orders under Article 370 of the Indian Constitution, its judiciary also proved that it was also driven in the same direction, where instead of the rule of law, the rule of necessity under the veneer of procedural law of limitation prevailed and without consideration on the merits of the case. On the 9th of November 2019, the Supreme Court of India passed a substantial judgment in which it decided the fate of the Babri Mosque Case. Quintessentially, the judgment was decided against the Muslims and ruled in favor of the mob mentality. This write up will present brief facts of the case and explore the reasoning employed by the Court, which will be followed by a discussion on international law regarding the rights of minorities and cultural properties.

RESUME OF THE CASE

The official title of the Babri Mosque case is ‘M Siddiq vs. Mahnat Suresh Das and others’[1] (M. Siddiq Case). The case was filed initially in the Supreme Court of India in 2010 as Civil Appeal bearing numbers 10866/2010. The case was heard by a five-member bench of the Court and was headed by Chief Justice of India, Ranjan Gagoi. The judgment comprises of over one thousand pages.

The timeline of the case, insofar as the origin of the dispute, is ancient. The Court noted:

“This Court is tasked with the resolution of a dispute whose origins are as old as the idea of India itself. The events associated with the dispute have spanned the Mughal Empire (sic), colonial rule and the present constitutional regime.”[2]

Without giving factual details, the Court started its judgment with a discussion of the five civil suits. However, for factual clarity, it may be stated that though the dispute was old, it came to international attention on December 6th 1992, when a Hindu rally turned into a mob and demolished the Babri Mosque, a religious and cultural site of Muslims; after which the dispute was styled as ‘Babri Mosque Dispute’ between Muslims and Hindus. Probably, in 1528, the Babri Mosque was built in Ayodhya by the order of the Muslim Mughal Emperor, Babur. From that time to the 1850s, there was no reported dispute of the issue that became remained under adjudication at any formal forum. It was not until later, in colonial times, from 1856-57, that the site became a point of dispute between Muslims and Hindus. At that time, the colonial government erected a buffer wall dividing the site into inner and outer courtyards leaving the former to the use of Muslims and the latter to the use of Hindus. In 1885, first civil suit was instituted by a Hindu seeking permission to build temple in the outer courtyard. The Civil Judge dismissed the suit, which was appealed twice to no success. Then again, in 1934, another conflagration took place between Hindus and Muslims in which the mosque was partially damaged; the colonial government got it repaired at its cost. Finally, on December 22nd 1949, the Babri Mosque was desecrated by Hindus, and thereafter, Muslims were not allowed to carry out their prayers at Babri Mosque. Under preventive criminal law, proceedings under Section 145 of the Criminal Procedure Code were initiated at the site and it remained attached by the magistrate court and was managed by a receiver.[3] These essential facts were then followed by five civil suits that find mention in the judgment of the Supreme Court of India and that were appealed to Allahabad High Court that passed its judgment in 2010 ordering division of the site into three parts: one part going to Muslims, and two parts going to two different groups of Hindus. The decision of the Allahabad High Court was appealed in the Supreme Court of India, which was decided on 9th November, 2019. Review Petitions were filed against the judgment of the Supreme Court of India were dismissed on 12th December, 2019.[4]

The gist of the Supreme Court decision may be summarized into the following points:

The crux of the reasoning of the decision can be found in the civil claims made in the five civil suits from 1950 to 1989. It means that for legal reasoning, the matter was examined within the legal framework of the post-colonial period and after the independence of India. Out of five civil suits, four were filed by Hindus, whereas one was filed by Muslims through Sunni Central Waqf Board. The civil suits filed by Hindus related to title/ownership on the ground that, prior to the construction of the Mosque, there was a temple at the same place, constructed because it was considered the birthplace of Lord Rama. On the contrary, the claim of Muslims was that title belonged to them as it was a Waqf land (trust land) and remained in possession of Muslims since 1528. In the alternate, the Muslims had pleaded that their title was perfected by adverse possession. Both bases of claims of Muslims’s case were rejected by the Court, which treated the matter as more of fact than of law and therefore sought evidence on factual part and then interpreted that it did not meet the requirements. For example, it was noted in the judgement that the concept of possession is ‘polymorphous’[5]. The judgement stated:

“It is impossible to work out a completely logical and precise definition of ―possession‖ uniformly applicable to all situations in the contexts of all statutes. Dias and Hughes in their book on Jurisprudence say that if a topic ever suffered from too much theorising it is that of ―possession‖. Much of this difficulty and confusion is (as pointed out in Salmond’s Jurisprudence, 12th Edn., 1966) caused by the fact that possession is not purely a legal concept. ―Possession‖, implies a right and a fact; the right to enjoy annexed to the right of property and the fact of the real intention. It involves power of control and intent to control.”[6]

Examining evidence at the Supreme Court level is a perilous business and therefore the tendency worldwide is to refer legal and not factual disputes to the apex courts. Anyhow, the interpretation of factual points by the Supreme Court of India went into determining rights of Muslims, and as a consequence, their claims were dismissed. The claims of Hindus were also dismissed on similar grounds. The basis of the judgment by the Supreme Court was the fact that the land where Babri Mosque was situated was state land; a finding based on the land revenue record that showed the land as ‘Nazul land’ (land owned by government).

The four legal regimes were treated as acts of sovereigns and the Court found that it could not adjudicate on a right, which it cannot enforce:

[9] Article 18 of the United Nations Declaration of Human Rights, 1948

Mr. Kamran Adil is a Visiting Research Fellow at the Research Society of International Law. He is currently serving as Deputy Inspector General (Headquarters) Islamabad Police, where he is responsible for human resource management, legal affairs and prosecutorial matters of the ICT Police.