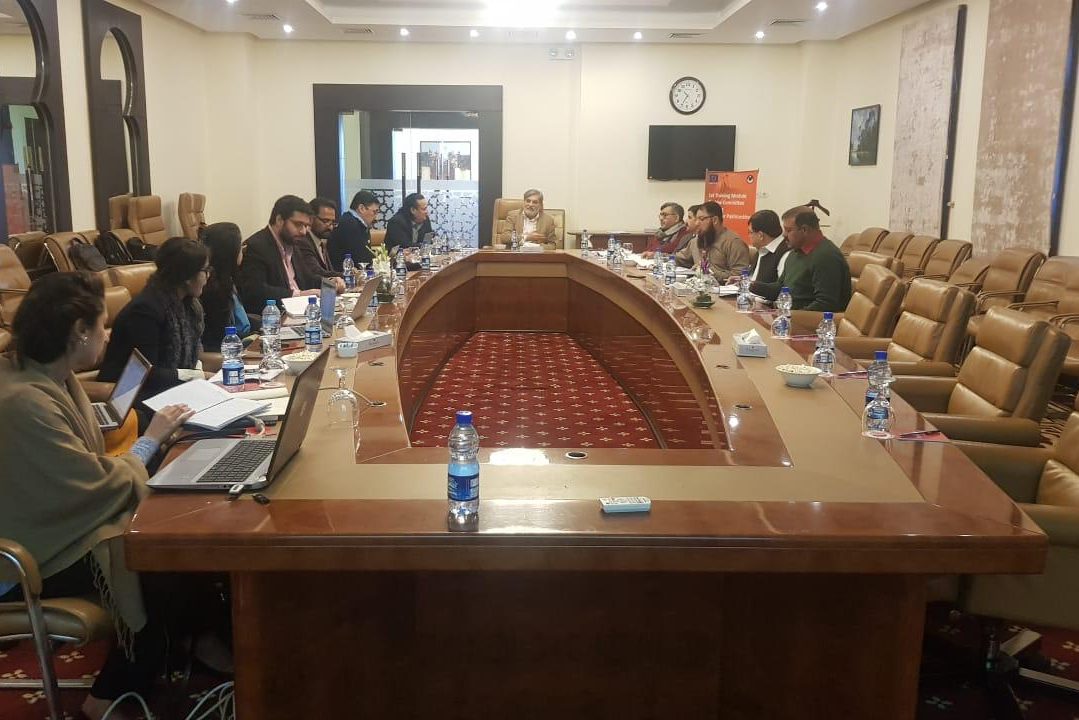 Throughout 2018, the Research Society of International Law (RSIL) team had been working on the development of Training Modules on Counter-Terrorism Investigations for the Police School of Investigation, Khyber-Pakhtunkhwa Police in partnership with the United Nations Office on Drugs and Crime (UNODC). From the 28th to the 30th of January 2019, a Committee consisting of officials from the Khyber Pakthunkhwa Police and the UNODC reviewed these training modules in Islamabad.

The training modules pertained to the various stages of counter-terrorism policing, such as the background to terrorism (a comprehensive overview of its legal framework and its historical, political roots in Pakistan), crime scene management, criminal procedure (arrest, interview, interrogation) and intelligence, evidence collection and preservation, case file management, and trace evidence.

Mr. Oves Anwar (Director RSIL) and Ms. Zainab Mustafa (Deputy Director RSIL) with Ms. Minahil Khan (Senior Research Fellow) were leading the project with a research team consisting of Ms. Hira Arif Riar, Ms. Hijab Siddiqui, Ms. Ayesha Alam Malik, Ms. Noor Waheed, Mr. Shayan Ahmed Khan and Ms. Zinnia Kakakhel. Each module was presented with a detailed review of the content by the primary author. A total of six modules were reviewed during the three-day session. After a presentation and discussion of each of the training modules the panel would then put forward a series of questions which were addressed by the team, and also provided feedback on how to improve the modules with their practical experiences.

At the end of the review committee meeting, RSIL enjoyed the commendation of both the UNODC and the KP Police for the scope, clarity and exhaustiveness of the project. The RSIL team is now developing two more modules on Investigation Processes and Court Trial, and Investigation in Gender & Child Related Cases.