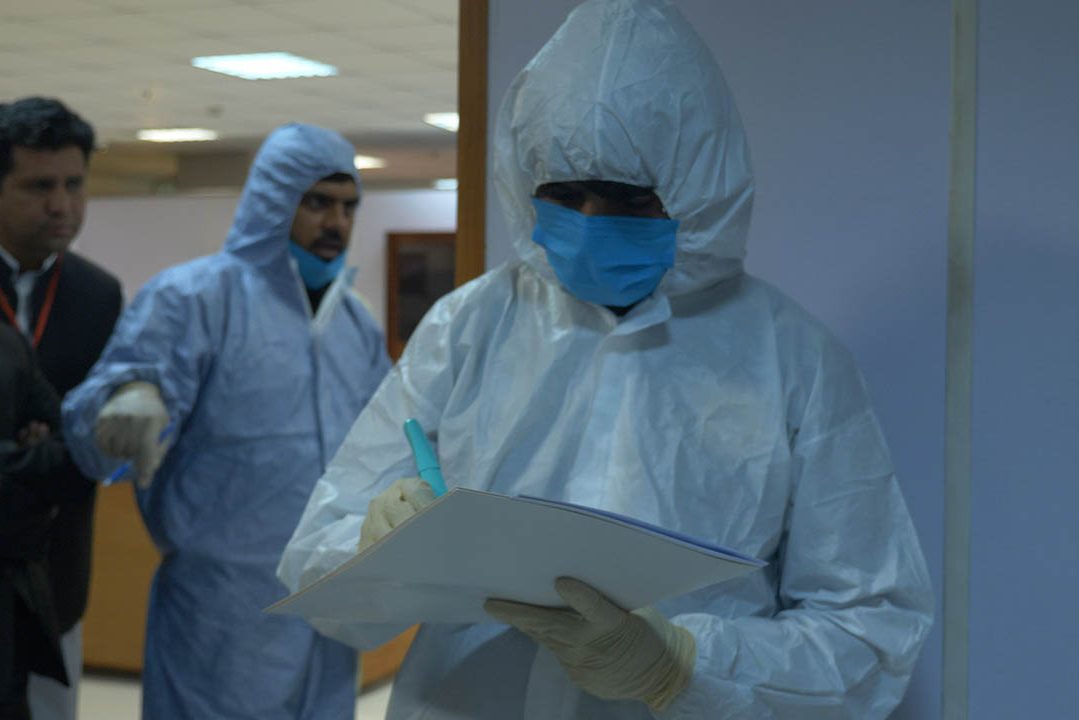 A five-day intensive training was conducted by the Research Society of International Law in collaboration with United Nations Office on Drugs and Crime (UNODC) Pakistan and the Punjab Forensic Science Agency (PFSA). on the ‘Use of Forensic Evidence in Anti-Terrorism Trials’. The training was held at Nishat Hotel and PFSA, Lahore. RSIL, developed a training module on ‘Using Forensic Evidence in Terrorism Trials’, which served as the base curriculum of the training.

The training was designed for members of the Khyber Pukhtunkhwa Prosecution Department (KPPD) dealing with the prosecution of anti-terrorism cases along with investigation officers from the Counter Terrorism Department (CTD) in KP.

The purpose of the training was to build the prosecutorial and investigative capacity of the members of the aforementioned agencies in relation to the identification, collection, preservation, and utilization of forensic evidence to secure convictions in terrorism trials.

On the first day of the training, the participants were engaged in highly interactive lectures, the first of which was delivered by Mr. Oves Anwar, Director RSIL. Mr. Anwar gave the participants an introduction to forensic evidence and its relevance in criminal proceedings. The second lecture was delivered by Barrister Salman Safdar, who is one of the top criminal lawyers in Pakistan. Barrister Safdar’s lecture, covered in detail, the legal framework for forensics in Pakistan.

The second day of the training commenced with a question and answers session between the participants and a member of the PFSA. The aim of the session was to discuss how coordination mechanisms could be streamlined between members of the participating agencies and the PFSA. The first two lectures of the day were delivered by Dr. Saadat Ali, a well-renowned forensic scientist, on the key topics of crime scene analysis, evidence collection and preservation and types of forensic analysis. The final lecture of the day was delivered by Ms. Minahil Khan, Senior Research Fellow, RSIL. Ms. Khan’s lecture was an interactive session during which she elaborated on case-law to illustrate procedural challenges faced by prosecutors in relying on forensic evidence during anti-terrorism proceedings.

Day three of the training included lectures by highly qualified lawyers; Barrister Umar Mahmood Khan on ‘Police-Prosecutor Cooperation’ and Ms. Ayesha Alam Malik, Research Associate, RSIL on ‘International Approaches on the Admissibility of Forensic Evidence’. A session on counter terrorism financing was also held by Mr. Jamal Aziz, Executive Director RSIL and Mr. Oves Anwar Director RSIL. The training session was concluded with an interactive discussion between the prosecutors and investigators, which was moderated by Mr. Akhtar Ali Shah, Ex- Home Secretary and IG KP. The purpose of the discussion was to conduct a policy dialogue on the challenges in the use of forensic evidence in anti-terrorism trials.

The training concluded with a closing statement by Mr. Ahmer Bilal Soofi, President RSIL, after which certificates were distributed to the participants.