The judiciary in recent years has played a very significant role in governance and public policy in Pakistan. Judges of the superior courts are increasingly asserting their constitutional power of judicial review to scrutinize administrative actions by the executive in matters such as appointments and promotions, challenges to delegated legislation and decisions regarding planning & procurement of public sector development projects etc. In this context, RSIL in collaboration with the Konrad Adenauer Foundation produced a Guide for civil servants on good decision-making under Pakistani law.

The purpose of this Guide is to reduce the chances of future judicial review of administrative decisions by helping public functionaries understand the potential legal risks of their actions.

RSIL organized a large launch event for this publication in December, 2018 which was attended by over 150 senior civil servants and lawyers. In addition, we have also disseminated the Guide to the heads of all federal and provincial ministries and departments, statutory bodies, training academies and superior court judges.

Our initiative has received an overwhelmingly positive response from public sector stakeholders and we are currently in talks with the Civil Services Academy for curriculum development on this area for civil servants. 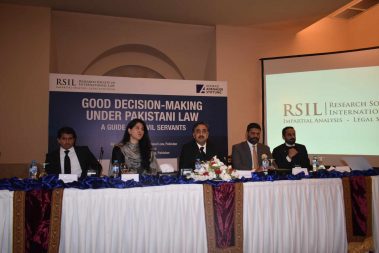 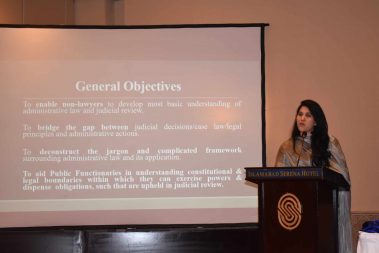 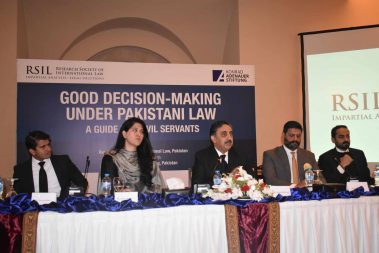 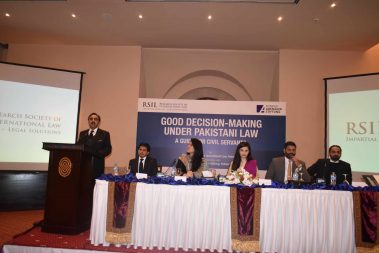 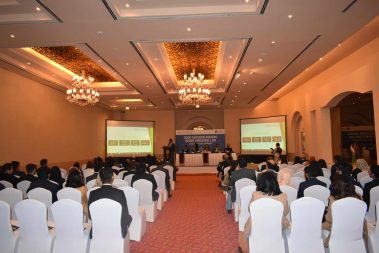 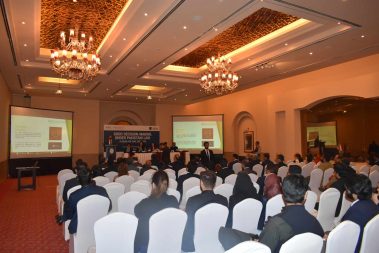 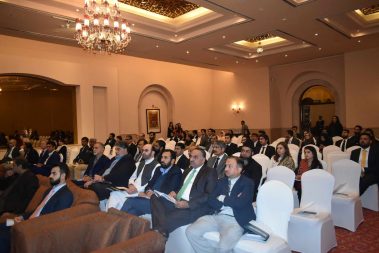 ISLAMABAD, December 7, 2018: Ensuring adherence to the rule of law by the bureaucracy and promoting a legal culture of supporting public functionaries would be an important element in the government’s efforts to revive the country’s economy.

This was stated by noted lawyer and President, Research Society of International Law Mr. Ahmer Bilal Soofi while presiding over the launch of a publication titled ‘Good Decision-Making under Pakistani Law: A Guide for Civil Servants’. The manual has been produced by the Research Society of International Law (RSIL) in collaboration with Konrad Adenauer Stiftung (KAS).

The publication contains simple and practical guidance for civil servants based on an exhaustive review of the latest judicial precedents of the superior courts in Pakistan along with illustrative case studies. It has been produced with a view to improve the quality of administrative decision-making and mitigate the chances of these decisions being challenged in the courts.

Mr. Soofi, while noting the importance of clarity among the bureaucrats about the laws related to the decisions that they take, observed that today’s bureaucrats operate in a highly challenging environment and should be supported when making decisions for the betterment of the country. “They need to be given confidence and that would come when the file-work of that decision making is clear”.

He also called for determining the framework of good faith indemnity that is available to the bureaucrats. The prime minister’s taskforce on bureaucratic reforms, he suggested, needs to look into this.

Discussing the need for transparent and accountable decision making which could withstand scrutiny at all levels, Mr. Soofi reminded the participants, that when civil servants appear before courts as respondents, the first question put to them is that under which law was that decision taken. “If you are able to produce that law, that reference, then you are safe, otherwise the court would grill you, pass a stricture, or even strike down the order itself,” he maintained.

He advised the bureaucrats to be adequately equipped to handle decision making so that they could avoid problems before the courts and associated liability.

The publication’s primary author Barrister Amna Abbas gave an overview of the contents of the publication.  The first section of the book titled ‘Administrative Law & Judicial Review’ provides readers with the basic concepts of administrative law that are necessary to improve decision making in light of the law and legal processes. The author noted that the second section of the report dwelt upon the ‘Fundamental Concepts Governing the Exercise of Administrative Authority’. This included a discussion on concepts such as reasonableness, lawfulness, arbitrariness, procedural fairness, and mala fides. She said the subsequent sections examined case law of the Superior Courts in detail, extrapolating the most critical lessons for civil servants in the exercise of their duties. These sections also outline the process of Judicial Review and help non-legally trained individuals understand each step of the process and the documents involved.

Mr. Fawad Haider of Konrad Adenauer Stiftung, speaking on this occasion, underlined the importance of efficient and effective governance for the government to execute its work in the interest of the public.

“This manual aims at improving the understanding of civil servants of the legal processes and principles involved in judicial review and assists public functionaries determine the legal consequences of their actions and decision making,” Mr. Haider said.

The launch was attended by a large number of government servants and members of the legal community.

Handbook on Criminal Investigation in Pakistan 2021

Countering Terrorism Financing through a Strengthened Rule of Law Framework

Consultative Session: Trafficking in Human Beings and Smuggling of Migrants