Of Pine Trees & Payloads: Environmental Damage during an Armed Conflict 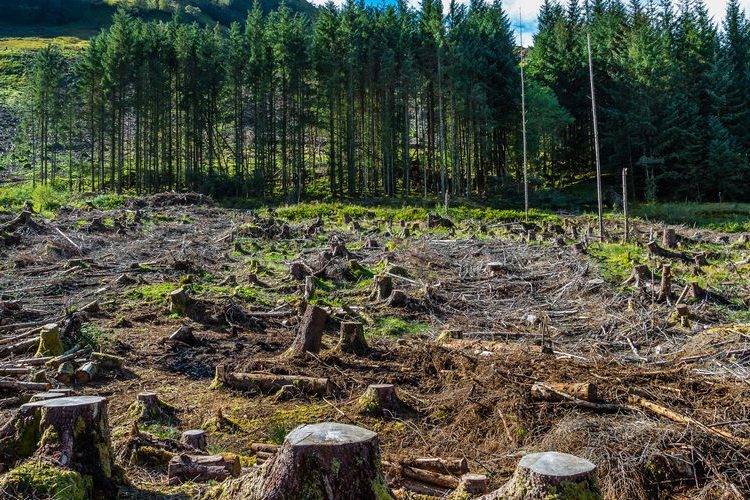 “If a tree falls in a forest and no one is around to hear it, does it make a sound ?”

Following the recent armed stand-off between two nuclear-armed states with a combined population of 1.5 billion people earlier this year, the felling of 15 pine trees might seem the least of anyone’s problems. Not so for the Advisor to the Prime Minister on Climate Change, Mr. Malik Amin Aslam.

Presenting a National Statement on behalf of Pakistan at the Fourth Session of the United Nations Environment Assembly in Nairobi in March, the Advisor raised the issue of environmental damage caused by India’s military action to the Massar Jabba Forest Reserve in Khyber Pakhtunkhwa before ministers representing 170 UN member states. He specified that the forest in question was protected not only under local law but also international commitments under the Bonn Challenge. Shortly thereafter, a formal dossier narrating the grievance was also shared with the Executive Director of the UN’s Environment Programme and the President of the International Union for the Conservation of Nature.

At a time when the potential for human suffering resulting from military action is particularly heightened, it may seem facetious or even cruel to speak of protecting trees. How can a society engaged in a myriad of existential, economic and social crises afford, the luxury as it were, of advocating for the rights of a forest? To understand the ‘why’ of environmental protection at all and especially during an armed conflict, it is necessary first to ask the question: what is a forest (or any non-human component of the natural environment) intrinsically worth?

While philosophy and faith may present different answers to this question, laws and legal systems have by and large tied the value of the natural world to its utility to human beings.  Correspondingly, the linkages between armed conflict and environmental protection reflect this relationship. Strategic destruction of natural resources has been recorded as early as the Punic Wars of the third century, when Carthage along with its agriculture was destroyed by the Romans. The earliest laws of war thus developed rules for the protection for drinking water, crops, and cultural elements, to ensure that natural resources essential for people’s survival are protected even during times of war.

As the methods and scale of damage that can be caused to the environment by warfare have increased exponentially, so too has the law governing the subject. Between 1962-1971, the United States sprayed an estimated 19 million gallons of Agent Orange and other herbicides over South Viet Nam with the objective of mass defoliation of trees and plants for military advantage. Alarm over the resultant ecological destruction led to the negotiation and adoption of the 1976 Environmental Modification Convention, and provisions in the two 1977 Additional Protocols to the Geneva Conventions. During the 1990-91 Gulf War, 600 oil wells were set on fire by Iraqi forces, prompting calls for a Fifth Geneva Convention to protect the environment.

Overall, protections for the environment during an armed conflict have evolved under the categories of international humanitarian law (IHL), international human rights law (IHRL), international environmental law (IEL), and international criminal law (ICL). Under the current IHL regime, the natural environment is afforded both direct as well as indirect protection as a civilian object. Article 35(3) of Additional Protocol I to the 1949 Geneva Conventions , as cited by the Advisor, prohibits methods or means of warfare both intentional and collateral, which may cause widespread, long-term, and severe damage to the natural environment. Article 55(1) contains similar language but adds “and thereby to prejudice the health or survival of the population”. Article 8 of the Rome Statute, the other reference made by the Advisor, criminalizes intentional damage to the environment that is clearly excessive in relation to the concrete and direct overall military advantage anticipated as a war crime.

While these rules were revolutionary at the time of their enactment, their application and enforcement have encountered significant challenges. A dearth of precedents and the ambiguity of key definitions present ongoing barriers to effective redressal for environmental destruction. For example, the language of Additional Protocol I, requiring damage to be “widespread, long-term and severe” has been interpreted to be cumulative, and set such a high threshold as to be practically unenforceable. At the same time, few institutions have been charged with enforcing or adjudicating environmental crimes, and the case law dealing with civil or criminal adjudication of wartime environmental wrongs remains limited.

Without exploring the possible merit of claims made under the laws cited by the Advisor, the plight of the Massar Jabba Forest, and the discourse of the Advisor have highlighted again the inadequacy of the current protections available, and the urgent need for additional efforts in this area. While the matter being raised before the international community is an important demonstration of political will, it does not constitute initiation of any formal adjudicatory process, the avenues for which remain narrow.

At the same time however, the timeliness of  the matter being raised is supported by important updates from the arena: the International Law Commission of the UN has in June provisionally adopted 28 draft principles intended to enhance protection for the environment in relation to armed conflicts. Of special pertinence is draft principle 9, which covers ‘State Responsibility’ and declares: “(1). An internationally wrongful act of a State, in relation to an armed conflict, that causes damage to the environment entails the international responsibility of that State, which is under an obligation to make full reparation for such damage, including damage to the environment in and of itself.” The adoption of these principles at this time is a compelling indicator of the current international outlook on this subject.

Keeping in view Pakistan’s track record on environmental protection in any form, the objection by the Government to this incident may seem like political posturing. Nonetheless, the very fact of this issue being raised is noteworthy because it shifts the conversation on armed conflict to include the natural environment as a necessary element of discussion. This in itself is a step in the right direction for a country that stands to gain much from environmental peacebuilding, and lose more from ignoring its relevance.

More optimistically, it is also a clear avowal of the fundamental value of a forest, devoid of anthropocentric interest. It signals a consciousness of the urgency of the crisis of our times, and suggests that we can no longer afford to take for granted a single tree, much less a forest. It is an acknowledgement that if a tree falls in the forest, we are all the lesser for it.