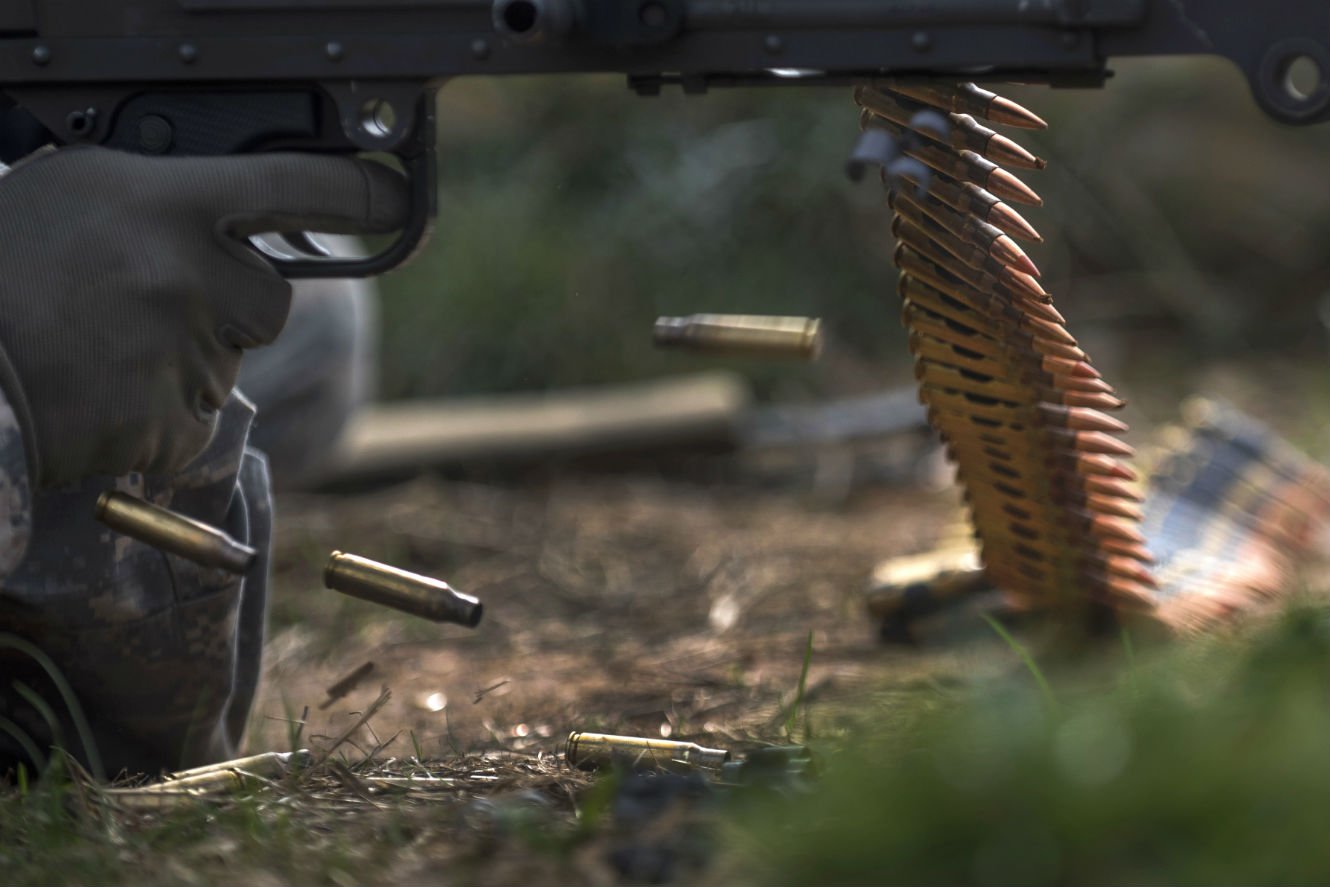 On 24 December 2014, the Arms Trade Treaty (“ATT”)1 entered into force with the object of ‘establish[ing] the highest possible common international standards for regulating or improving the regulation of the international trade in conventional arms’ for the purpose of ‘reducing human suffering’.2 Five years later, the Stockholm International Peace Research Institute (“SIPRI”) reports that the global arms trade is valued at approximately 95 Billion USD3 with the volume of arms transfer increasing over time4 and often directly affecting the fulfillment of humanitarian and human rights obligations.5 This is particularly alarming since France, Germany, and the UK (also three of the top ten arms exporting countries) have been State parties to the ATT before it even entered into force.6

The problem is aggravated in active conflict zones such as Syria and Yemen, places where European arms are flowing into.7 Such abundant and steady supply of weapons within active conflict zones not only continue to facilitate violations of humanitarian and human rights law but also delay and undermine any post-conflict rehabilitation and reconstruction efforts. While modern armed conflicts are indeed of a complex nature – requiring a multi-pronged approach to achieve political settlement – the role played by the arms trade as a facilitator cannot be ignored.

This post highlights the inherent weaknesses of the ATT by analyzing the substantive obligations imposed by the treaty and identifying the shortcomings which prevent it from achieving its purpose of ‘reducing human suffering.’

Substantive Obligations of State Parties under the ATT

The essence of the ATT is found in Articles 6 and 7. Article 6 stipulates conditions when a State is ‘prohibited’ to ‘transfer’ arms whereas Article 7 sets out conditions where a State is to undertake an ‘export assessment’ in cases where a potential ‘transfer’ of arms is not explicitly ‘prohibited’ under Article 6. The term ‘transfer’ comprises export, import, transit, trans-shipment and brokering according to Article 2.

Both substantive obligations are discussed in turn below along with their respective shortcomings.

Under Article 6, a State is ‘prohibited’ from authorizing the transfer of arms if:

Article 6(3) requires ‘knowledge’ of potential humanitarian violations on part of the arms transferring State ‘at the time of the authorization’ for that State to ‘prohibit’ such transfer of arms. The issue with such requirement is two-fold:

Firstly, with respect to ‘knowledge’, in the context of the international law of responsibility for ‘complicity’, the threshold for the requisite ‘knowledge’ is very high i.e. ‘actual knowledge’ that the assisting State be aware of the circumstances making the conduct of the assisted State internationally wrongful.8 Moreover, the International Court of Justice, in the Bosnian Genocide Case held that depending on the nature of the primary obligation breached, the requisite ‘knowledge’ may include the knowledge of the specific intent, as in the case of genocide.9 This gives arms transferring States vast latitude to escape liability as cases of negligence and/or ignorance on their part clearly falls below the generally accepted threshold of ‘knowledge’.

Secondly, as also noted by Lustgarten, the assessment of harm is only required ‘at the time of the authorization’ i.e. a State need only keep in mind the direct and immediate harm that could result from a potential arms transfer.10 Therefore, a State even with the requisite knowledge, can avoid the prohibition and subsequent responsibility, if the potential arms transfer might not immediately but could probably result in harm such as in cases of subsequent misuse and diversion. The situations in Syria11 and Yemen12 have become textbook examples of situations where arms have been diverted from authorized users/use to unauthorized users/use resulting in humanitarian and human rights violations.

Recalling the object and purpose of the treaty, it would have been only reasonable if a more ‘objective’ threshold requiring some due diligence and foreseeability of harm on part of the transferring State was required instead. As Lustgarten notes ‘the goal is to put States under a duty to inquire diligently about what uses weapons made on their soil are likely to be put.’13 He argues convincingly that the provision should require the State to know or have ‘reasonable cause to believe’ that the arms would be used for these ends. This would prevent them from evading liability due to lack of knowledge, a threshold so high it would be very rarely met.

For example, keeping in view of the conflicts in Syria and Yemen, under the aforementioned objective criteria, a State would have to be mindful of the ‘active’ nature of the conflicts as well as the overwhelming evidence14 of the harm associated with the arms trade in those situations before making arms transfer decisions.

Article 7 prohibits a State from exporting arms if, after an ‘objective’ assessment (including consideration of appropriate mitigating measures), there is an ‘overriding risk’ that such export:

Article 7 provides that the export assessment shall take into account ‘relevant factors.’

The wording of this provision leaves plenty of space for divergent and self-serving interpretation by States parties.15 To this end, several ambiguities have been pointed out:16 what is the meaning of ‘overriding risk’? and, more importantly, what ‘relevant factors’ should states consider in objectively assessing the risk that arms will be used to commit a serious violation of international law? Undoubtedly, such ambiguities leave plenty of room for discretion and therefore result in an inconsistent application of the ATT.

However, it may be noted that recently, the International Committee of the Red Cross (“ICRC”) has attempted to clarify some of these ambiguities. In view of the ICRC,17 interpretation of ‘overriding risk’ meaning “clear” or “substantial”, or “more likely to materialize than not” is consistent with the object and purpose of the ATT. As far as risk assessment is concerned, according to the ICRC, a thorough assessment of the risk by States should include an enquiry into:

Additional factors such as the security situation in the recipient State and the control that the recipient exercises over its weapon stocks (military and civilian) can also be relevant to the assessment.

In 2017, a public action challenging the legality of the United Kingdom’s (‘UK”) sale of arms to Saudi Arabia was brought before the UK’s High Court. The key issue of the case was the interpretation and application of ‘Criterion 2c’ of the ‘Consolidated EU and National Arms Export Licensing Criteria’18 (“Consolidated Criteria”). Criterion 2c stipulates that the UK Government will ‘not grant a [arms] licence if there is a clear risk that the items might be used in the commission of a serious violation of international humanitarian law.’19 The case is notable as the ‘clear risk’ precondition in Criterion 2c mirrors the ‘overriding risk’ precondition in Article 7 of the ATT and therefore any interpretation of the former would have a bearing on the interpretation of the latter.

The claim argued that the UK had violated this criterion when transferring arms to Saudi Arabia which were used to commit violations of humanitarian law, by conducting indiscriminate airstrikes on civilians. The claim failed as the High Court held that no violation of Criterion 2c had occurred and the UK government applied a rigorous and robust, multi-layered process of analysis to making its licensing decisions.20 While the judgment was severely criticized on various aspects regarding misapplication of humanitarian law,21 a detailed analysis of the judgment is not the purview of this article.

The appeal before the Court of Appeals was at best, an exercise involving ‘one step forward, two steps back’. Notably while the Court of Appeal did hold that the UK ‘government made no concluded assessments of whether the Saudi-led coalition had committed violations of international humanitarian law in the past, during the Yemen conflict’ it nonetheless still left the final discretion on arms transfers with the UK government:

The decision of the court today does not mean that licences to export arms to Saudi Arabia must immediately be suspended.

… It does mean that the UK government must reconsider the matter, must make the necessary assessments about past episodes of concern, allowing for the fact that, in some cases, it will not be possible to reach a conclusion. The government must then estimate the future risks in light of their conclusions about the past.22

Not surprisingly, on 7 July 2020, the UK government decided to resume granting licenses to Saudi Arabia by apparently employing a ‘revised methodology’ and determining that ‘Saudi Arabia has a genuine intent and capacity to comply with IHL.’23 Unfortunately, the facts suggest otherwise.24

The abovementioned legal battle is an example of how generally, the global arms trade legal regime provides States with a considerable degree of discretion regarding their (self-serving) interpretation and application. Again, the requirement that there be an ‘overriding risk’ is too high a threshold and one which has been interpreted by States to mean that there be a very high likelihood that the arms will be used for these ends. As seen in this case, governments are able to sidestep this prohibition (with support by the national courts) by simply determining that this has not been met – despite overwhelming evidence to the contrary.

Despite being a step in the right direction, the ATT has left plenty of room for self-serving interpretations and applications by State Parties. The fact that there is no central interpretative authority which can interpret and enforce these obligations only aggravates the problem and has, in effect, left the treaty quite weak and without teeth.

Under Article 20 of the ATT, which governs the amendment procedure of the treaty, an amendment could be proposed by any State party after the passage of 6 years since the entry into force of the treaty. This period shall stand completed on 24 December 2020 and resultantly, State parties should initiate the amendment procedure in good faith to fill in the above mentioned shortcomings of Article 6 and 7 so the object of the treaty i.e. realization of the ‘highest possible common international standards’ of arms trade for the purpose of ‘reducing human suffering’ may be achieved. However, this seems unlikely, particularly given that States are happy to bend the ambiguous terms in the treaty to meet their own ends, as seen in the UK case on the sales of arms to Saudi Arabia.

In the meantime, one can only hope that States strive to conduct risk assessments in good faith during negotiations of future arms transfers being mindful of the possible humanitarian consequences.

The principle of distinction and drone strikes: an IHL accomplishment or an IHL failure?
April 29, 2022 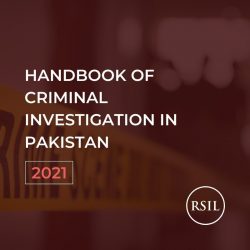