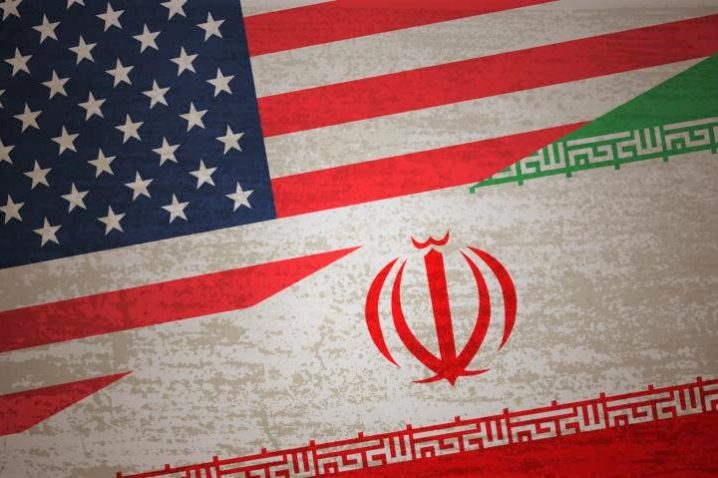 On January 5th, 2020, after growing hostilities between the US and Iran, President Trump threatened to attack Iran’s cultural sites. He tweeted that the US had identified 52 Iranian sites some of which were “at a very high level and important to Iran and the Iranian culture” warning that they would be hit if Tehran conducted any revenge attacks. The Pentagon has since ruled out the targeting of Iranian cultural sites with the Defense Secretary acknowledging that this would be a war crime.[1] This article will analyse the protection provided to cultural sites during an armed conflict in IHL and any possible repercussions under the law of state responsibility as well as international criminal law.

The applicable law in this situation is the 1954 Hague Convention on Protection of Cultural Property in the Event of Armed Conflict (1954 Hague Convention) to which both the US and Iran are parties.[2] The convention is the first international treaty focusing exclusively on protection of cultural heritage in armed conflicts adopted in the aftermath of World War 2.[3] This was possible only by detaching the protection of such objects from that otherwise given to civilian property and attributing to them a particular status.[4]

The Hague Regulations (1907) first prohibited the ‘seizure, destruction or willful damage to religious property, historic monuments, works of arts and science.’[5] However, they did not confer specific protection on cultural property, nor did they use the term. It was not until the 1954 Hague Convention that ‘cultural property’ was specifically protected in an armed conflict. The 1954 Hague Convention’s vast and exhaustive definition of ‘cultural property’ envisages, inter alia, the following salient features:

Two protocols to the 1954 Hague Convention were adopted in 1954 and 1999, respectively. The latter protocol envisages, inter alia, a comprehensive mechanism for invoking imperative military necessity and indicates measures to be taken by states to this end. However, only Iran is party to both protocols of 1954 and 1999 and the protocols are not yet customary in nature, therefore they are not binding in the absence of a treaty obligation.

The 1954 Hague Convention places a two-pronged obligation on parties to:

(B) Respect cultural property within and beyond their territories by refraining from usage which likely exposes it to destruction and acts of hostilities directed against such property.[13]

Significantly, the 1954 Hague Convention places obligations on both parties to the conflict under the principle of reciprocity to protect cultural heritage.[14]

Primarily, States are required to earmark or nominate the cultural heritage of their people using the distinctive emblem[15] – the ‘blue shield’. Nevertheless, the failure of a state to identify its cultural property using the distinctive emblem does not exonerate the attacking state or party to the conflict from the obligation to ‘respect’ the properties which qualify for protection under the 1954 Hague Convention.[16]

The International Criminal Court (ICC) issued its first conviction on the charges of attacking ‘property of cultural and religious significance’ under the Rome Statute in 2016. Ahmad Al Faqi Al Mahdi, a member of the Malian Ansar Group, was convicted by the ICC under Article 8(2)(e)(iv) of the Rome Statute for attacking one mosque and nine saint mausoleums in Timbuktu, which locals ascribed great religious and cultural value, after he pleaded guilty. Despite the fact that the Malian authorities had failed to earmark the sites with a Blue Shield as required under the 1954 Hague Convention, the ICC Trial Chamber stated that given nine out of ten of the attacked sites in Timbuktu were on the UNESCO World Heritage List, that was enough of a reason for Al Mahdi to refrain from attacking them. The ICC observed that UNESCO’s designation of these buildings reflected their special importance to international cultural heritage.[17]

Presently, Iran has 24 of its cultural and religious heritage sites inscribed on the World Heritage List while 56 others nominated by Iran are pending decision.[18]

An example of when a state has invoked the imperative military necessity exception is when India attacked religious temples across the province of Punjab, including the Golden Temple at Amritsar, in 1984 because, in India’s view, these religious places were being used for terrorist activities and hence military action was taken.[23]

Additionally, Iraq had positioned two fighter aircraft in 1991 at the entrance of the ancient temple of Ur-Nammu,[24] which itself was a violation of IHL. Nevertheless, in accordance with the principles of the 1954 Hague Convention, US commanders recognized that the aircraft were incapable of military operations from their position and elected against their attack for fear of collateral damage to the temple.[25]

The Rome Statute of the ICC criminalizes ‘intentionally directing attacks against buildings dedicated to religion, education, art, science or charitable purposes, historic monuments … provided they are not military objectives’ and classifies such attacks as war crimes. [26] The ICTY statute meanwhile had only held that the seizure, destruction or willful damage of cultural property constituted a war crime.[27] This is an important development in international criminal law as the threshold, namely an intentionally directed attack against cultural property, is lower.

The ICC has also turned to social media for evidence, also referred to as open source evidence. The ICC issued an arrest warrant for Mahmoud Al-Werfalli[28], commander of the Al-Saiqa Brigade, based on video evidence available on Facebook and other social media which was posted, inter alia, by the armed group itself.[29] The ICC’s progressive trend towards digitally derived evidence is relevant because in the US-Iran situation, Twitter may also serve as evidence in the ICC proceedings. Be that as it may, this is highly unlikely because neither the US nor Iran are parties to the Rome Statute. However, if an attack on cultural sites in Iran were to materialise and were the case to come before the ICC through Security Council referral (again incredibly improbable given the US veto), Trump’s tweets could potentially be used to establish mens rea.

The 1954 Hague Convention protects the cultural property of each party[33]. Its preamble declares ‘that damage to cultural property belonging to any people whatsoever means damage to the cultural heritage of all mankind, since each people makes its contribution to the culture of the world’. In the US-Iran standoff, the motive or targeting of cultural property for the sake of obliterating culture and heritage of Iran does not justify imperative military necessity, rather, it would be a violation of the treaty obligations discussed above leading to state responsibility for internationally wrongful acts attributable to the US.

The writer represented Pakistan at the 60th Philip C. Jessup Moot Court Competition at Washington DC. He reads law at Indus College of Law, Hyderabad and can be reached at https://www.linkedin.com/in/haseeb-qazi/

The writer is a law undergraduate and has represented Pakistan at the 60th Jessup White & Case International Rounds in Washington D.C. He is the Co-Founder of Digital Amicus and tweets at @AhsanQzi