IHL Violations in Yemen and the UK’s Role 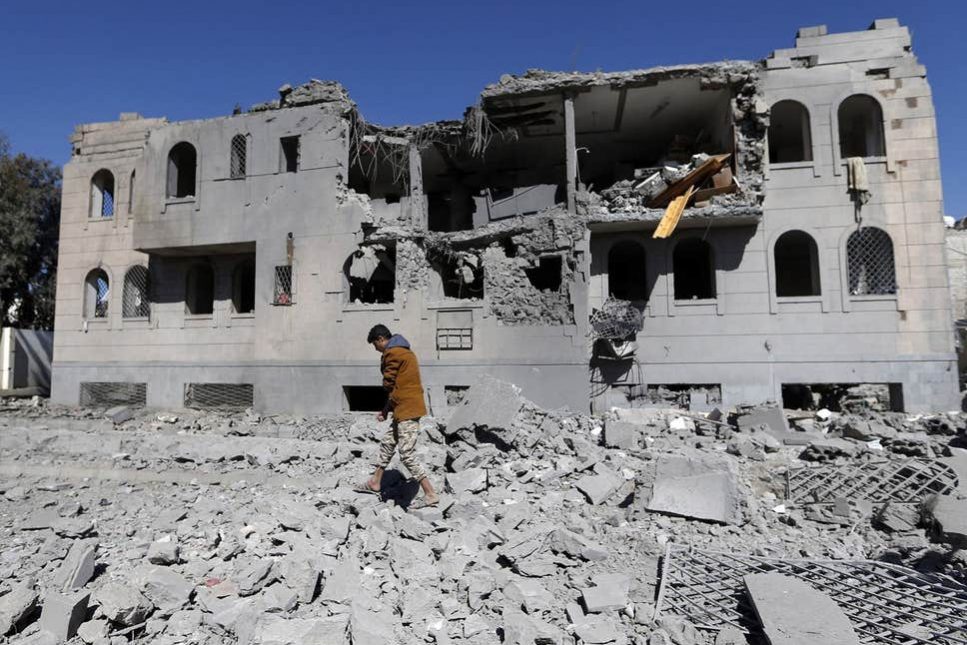 The Conflict in Yemen

The civil war in Yemen is rooted in the failed political transition of power by Yemen’s president, Ali Abdullah Saleh, to his deputy, Mansour Hadi, in 2011 after the Arab Spring uprising. The Houthi movement (Yemen’s Zaidi Shia Muslim minority) fought a series of rebellions against Saleh’s government and took advantage of the new regime’s weaknesses by taking control of the northern heartland. Many ordinary Yemenis (including Sunnis) who were not confident about the new regime supported this movement. The Houthis and security forces loyal to Saleh attempted to take over the country and forced Hadi to flee abroad in 2015. Saudi Arabia and eight other majority Sunni Arab States began an air campaign that year with the aim of restoring Hadi’s government. This coalition has received logistical and intelligence support from US, UK and France. The UN in 2019 stated that at least 7025 civilians have been killed and 11, 140 injured in the fighting since March 2015, with 65% of the deaths attributed to Saudi led coalition strikes.

Saudi Arabia, despite denying that it has targeted civilians, has on many occasions indiscriminately attacked and targeted Yemen’s civilian population not partaking in hostilities. Saudi forces have used ‘double-tap’ attacks as a method of warfare where successive bombs are dropped in the same area. The second bomb is meant to target, kill or injure civilians and medical practitioners who go to the area of attack to aid the survivors of the first attack. Saudi forces in an attack on 8 October 2016 targeted a funeral, killing 155 mourners and wounding at least 525. Another double-tap strike on 28 September 2015 targeted a wedding party in a remote village (Al-Wahijah), killing 131 civilians.

Cardinal principles of IHL include the principle of distinction under which parties to the conflict should at all times distinguish between civilians and combatants and between civilian objects and military objectives. Furthermore, it is prohibited to employ weapons, projectiles and material and methods of warfare of a nature that can cause superfluous injuries and unnecessary suffering. Article 51 (5) (b) of Additional Protocol I defines an indiscriminate attack as an attack which may be expected to cause incidental loss of civilian life, injury to civilians, damage to civilian objects or a combination thereof, which would be excessive in relation to the concrete and direct military advantage anticipated. Saudi Arabia is a party to Additional Protocol I.

These attacks may violate cardinal principles of IHL since a funeral and a wedding where civilians had gathered were reportedly targeted and it does not seem that any military advantage could have been achieved by the targeting. In a report prepared for the UN Security Council a Panel of experts on Yemen identified 119 coalition air strikes relating to violations of IHL. It was stated that air strikes have targeted civilians and civilian objects, including residential areas, mosques, food warehouses, and social gatherings such as weddings. Furthermore, Saudi forces have made little effort to verify leads on the location of Houthi Commanders and in the process have ended up targeting civilians. An example of this is an airstrike carried out on al-jawf governate in 2016. While Saudi Arabia claims that the airstrike killed Houthi Commanders, the UN and other human rights groups working in Yemen probed into the matter and found that the victims of this airstrike were civilians.

The UK’s Role in Supplying Arms to Saudi

The UK has licensed over £4.7bn arms exports to the Saudis since they began bombing Yemen. This includes fighter jets and precision-guided bombs. The UK has also subcontracted BAE Systems, Britain’s biggest arms company to provide weapons and engineers to Saudi Arabia. BAE also carries out routine maintenance of British aircrafts which were being used in Yemen. British troops have also assisted in ground attacks launched by Saudi Arabia to defeat insurgents in Yemen.

A State Party shall not authorize any transfer of conventional arms covered under Article 2(1) or of its items covered under Article 3 or Article 4, if it has knowledge at the time of the authorisation that the arms or items would be used in the commission of genocide, crimes against humanity, grave breaches of the Geneva Conventions of 1949, attacks directed against civilian objects or civilians protected as such, or other war crimes as defined by international agreements to which it is a Party.

Therefore, the ATT states that a State must not transfer arms or military expertise to another state if it has ‘knowledge’ that they are used for the continuation of hostilities and commission of IHL violations. Since the UK is aware of Saudi’s undertakings in Yemen, which involve targeting civilians, hospitals and residential areas via airstrikes and other explosive materials using ammunition attained from the UK, it cannot claim that it has no knowledge.

The European Union also supports this position. The following excerpt is from a European Parliament Resolution on the humanitarian situation in Yemen,

Some EU Member States have continued to authorise transfers of weapons and related items to Saudi Arabia since the war started; whereas such transfers are in violation of Common Position 2008/944/CFSP on arms export control, which explicitly rules out the authorising of arms licences by Member States if there is a clear risk that the military technology or equipment to be exported might be used to commit serious violations of international humanitarian law and to undermine regional peace, security and stability.

Furthermore, the EU Council Common Position on exports of military technology and equipment states that respect for human rights in the country of final destination as well as respect for IHL are key considerations and if after assessing the recipient country’s attitude towards relevant principles of IHL, member states shall deny an export license if these can be used in the commission of serious violations of international humanitarian law.

In a watershed moment, the UK Court of Appeal ruled on 20th June 2019 that the Government has erred in supplying weapons to Saudi Arabia and has not attempted to carry out any conclusive assessment over IHL violations carried out by the Saudi led coalition in Yemen. Liam Fox, International Trade Secretary, stated that Saudi arms sale will be halted after the ruling pending a review. Lawyers for the government have asked for leave to take the case to the Supreme Court. Even if leave is granted, it is crucial that the Government carry out a comprehensive review of the violations of IHL. What remains to be seen is whether or not this review can lead to overturning of previous licensing agreements, as it should.