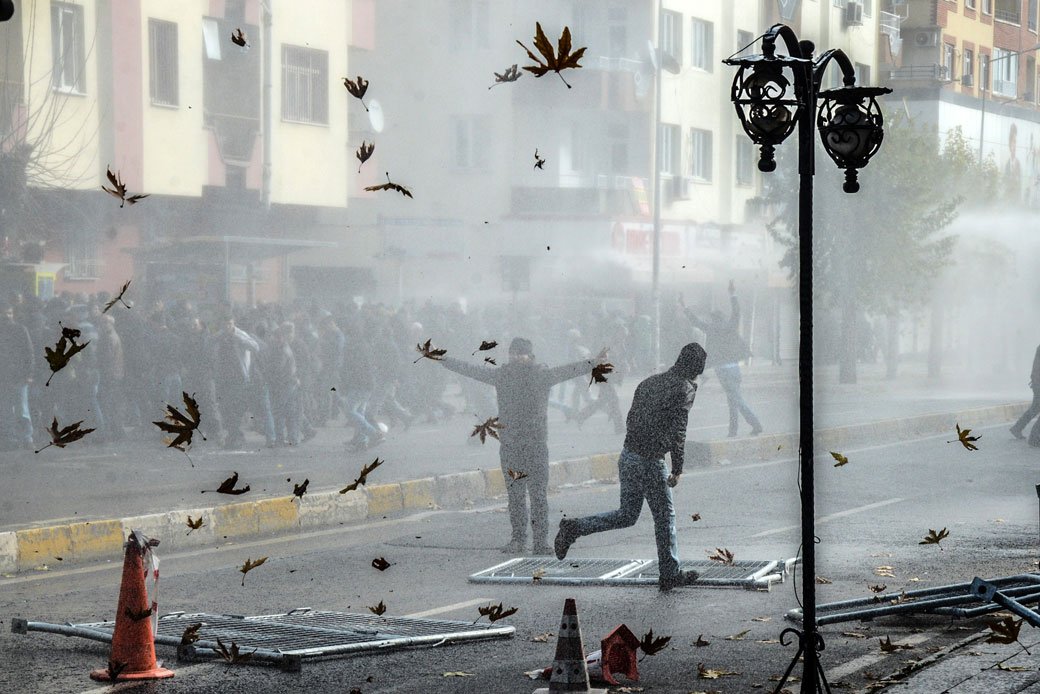 The concept of safe zones has recently been much discussed following Turkey’s cross-border military operation against Kurdish-led forces in Northern Syria and its proclaimed intention to create a safe zone along the Syrian side of the border. This zone would prevent the flow of Syrian refugees into Turkey of which there are already 2.7 million. It has been a Turkish aim since 2012 and it has finally received US support in the form of American troop withdrawal from the area. A subsequent US-Turkish agreement following the invasion suggested a plan to devise a safe-zone within Syria, but has not specified the zone’s size.[1] This article will discuss the legal basis of safe zones under international law and the ways in which they have used by states to justify closing their borders contrary to the humanitarian rationale under which they are to be established.

What is a Safe Zone?

The concept of safe zones is found in the law of armed conflict after humanitarian efforts were made to protect the vulnerable and civilians during conflicts. For instance, Madrid was made a safe-zone during the Spanish Civil War and the Shanghai Safety Zone was created in 1937 during the Sino-Japanese War.[2] These were formed through ad-hoc decisions, made under the laws of war which required the consent of both parties to the conflict. The rationale behind them was to provide interim safety, but not as an alternative to national protection[3] or granting asylum. Their use was codified in the 1949 Geneva Conventions though they were described as “protected zones”. Declaring an area a ‘protected zone’ was to indicate that there were no military objectives/threats in the region and “such zones can undoubtedly reinforce the protection already afforded by IHL to civilians and other persons placed hors de combat (e.g. sick and wounded)”.[4]

The rationale was that whilst civilians, wounded fighters and civilian objects are protected under IHL, “an agreement by all relevant parties that clearly makes certain places “off limits” can enhance the protection of protected persons and objects.”[5] The UN Security Council can also, under Chapter VII of the UN Charter, declare safe areas, as seen through its resolutions on Bosnia and Herzegovina in 1993 and Rwanda in 1994.[6] Militarily enforced zones also include the no-fly zones in Bosnia and northern Iraq as well as the protection of civilian sites in South Sudan.[7]

The First and the Fourth Geneva Conventions of 1949 include “safety zones to protect the wounded and sick, as well as certain categories of civilians…in order to provide shelter from aerial bombardment…set up far from the area of fighting [and] must not be defended by military means” and the annex of these two Conventions includes a draft agreement to establish such zones.[8] The Fourth Geneva Convention of 1949 also allows setting up “neutralized zones,” which are more ad hoc as opposed to hospitals and safety zones within the area of conflict and the Additional Protocol I to the Geneva Conventions of 1949 covers “demilitarized zones” to protect all civilians within these zones against attack and preventing occupation of these areas for military purposes. [9]

Moreover, various State military manuals do recognize the concept of safe zones along with the customary IHL rule prohibiting directing attacks against such zones.[10] Under IHL, the creation of safe zones requires an agreement and consent on part of all the concerned parties.

International human rights law also sets parameters for safe zones and safe corridors whereby a zone can only be deemed safe if specific human rights are protected in the region and these include: the right to life and adequate standard of living; the right to be free from torture and cruel, inhuman or degrading treatment; and the right to the highest possible standards of health.[11]

International refugee law itself does not provide much guidance as to what is required for a zone to be designated as safe. However, the concept of a safe zone is linked to the idea of ‘closing borders’ and historically, the idea of establishing safe zones has in fact paved the road towards violating Article 14 of the Universal Deceleration of Human Rights, which entitles individuals to the right to seek asylum and requires States not close their borders to those seeking refuge in their territories.[12]

Lack of Agreement of all Parties to the Conflict

Historically safe zones have rarely been a success particularly where not all parties have agreed to their creation. For instance, safe zones in Bosnia in 1993 resulted in many atrocities at the hands of Serbs who had not agreed on these safe zones.[13] Similarly, in the safe zone established by Turkey in Northern Syria, the views of the Kurdish population as well as that of the state of Syria have largely been ignored. Syria is not a party to any of these agreements. This risks non-compliance with the rules governing these protected areas.

In addition, Turkey intends to deny the right to asylum to fleeing refugees by keeping them contained within the safe zone. Whilst Turkey is a party to the 1951 Refugee Convention, it maintains the geographical limitation in the treaty limiting its application to people originating from Europe. However, the humanitarian underpinnings of the law applicable to safe zones is undermined when they are used to keep refugee populations from a state’s borders.

States have in the past sought to use the concept of a ‘safe zone’ to close their frontiers. In the Great Lakes displacement crisis caused by the Rwandan genocide, the Tanzanian army formally closed its border in 1995 as 40,000 Rwandan and Burundian refugees moved towards it seeking sanctuary in order to create ‘safe zones’ within Rwanda.[14] In recent years, the idea of “potential refugee influx is understood as a political threat” causing Turkey to deny entry to the Kurdish population of Northern Iraq in 1991 and encourage refugees to go back to their home-states and also to provide “internal safety”.[15] Safe-zones dismiss the humanitarian crisis that is provoked by denying refugee protection and their forceful construction in war-stricken countries can have disastrous consequences.

Moreover, it is clear from the case of Bosnia, where in Srebrenica (the site of genocide and thousands of murders and rapes) was a declared ‘safe area’, that safe zones cannot guarantee the same protection that a grant of asylum would.

Turkey’s motives are two-fold; it wants to prevent Syrian refugees from entering Turkey and suppress any movement by the Kurdish fighters, with an underlying aim of denying them a chance of separation and freedom. However, as has been explained in this article, not only does this deny the right of individuals to seek asylum, but the lack of Syrian and Kurdish involvement in the agreements establishing safe zones indicates that they may be open to attacks from non-consensual actors, undermining entirely the concept that they are ‘safe’.

[1] McKernan B and Borger J, “Turkey and Russia Agree on Deal over Buffer Zone in Northern Syria” (The

Shanzay Javaid is currently studying Law and is in her 4th year at the Lahore University of Management Sciences. She is also a part of the Executive Council of the Law & Politics Society at LUMS.
By Shanzay JavaidNovember 21, 2019
Share this post
Share on FacebookShare on Facebook TweetShare on Twitter Share on WhatsAppShare on WhatsApp Share on LinkedInShare on LinkedIn

Protection Against Harassment Of Women At Workplace Act 2010
August 31, 2021